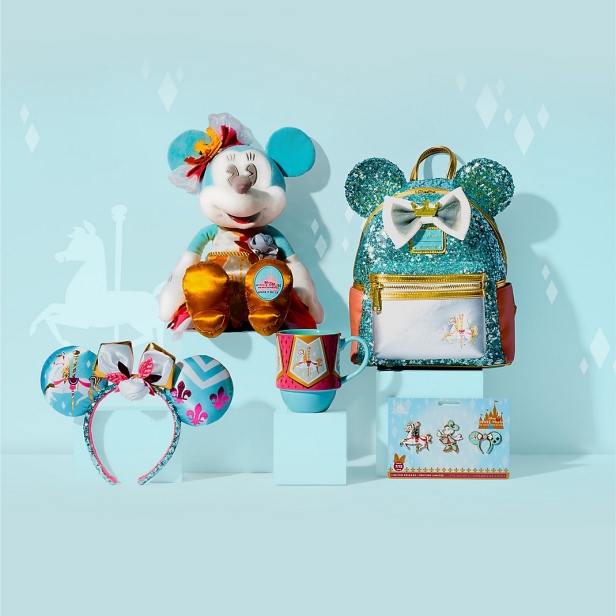 The Series 7 (formerly July) Minnie the amazing Attraction Merchandise has been revealed! The series features hues of light blue, pink, and gold alongside a carousel horse. These ears are much simpler compared to many of the previous ears. Disney has stated that no limited release merchandise will be available in stores for the time being and now the entire series has been put on hold online until further notice. Stay tuned for release updates!

Another new pair of ears - the Pink and Teal Disney Cruise Line Ears!
New Ratatouille Loungefly Ears!
The @disneyparks Instagram has given us a preview of the EPCOT 40th Anniversary merchandise that will be releasing soon! As you can see, there’s ears, a Loungefly mini backpack, a Spirit Jersey, and several different types of shirts. And if you won’t be at EPCOT on October 1st, no worries as the collection will be coming to @shopdisney!
Where are my Figment fans at?
Today, we received some previews of ears releasing today or releasing soon!
Amazing end to the #d23expo with a double rainbow over the @Disneyland Resort! Thank you @disneyd23 for a great weekend!